Practising Eb on the Guitar

So it is done – I have been practising the guitar today-as I need to every day and trying to learn ‘It’s my Life’ and ‘Summer Breeze’ on the guitar with my eyes closed. 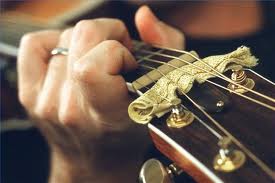 If only I was dedicated about practice as I was about blogging.  I have no short term memory and a muscle memory of a shellfish. I don’t play any instruments well enough to warrant mentioning it when anyone asks. I am a ‘plonker ‘ on the piano…can play any chord you throw at me in a fairly funky rhythmic accompanying way.. 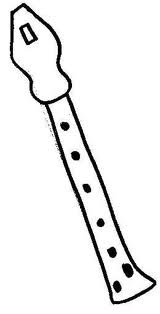 I can play the recorder as long as you don’t put more that 8 notes in a bar. I can play the fiddle well enough to accompany anyone if they just want simple drones .

And the guitar. When I got my first music teaching job in a secondary school the woman in charge said, ‘you do play the guitar, as it is such a useful instrument to play as you can still see all the kids’  -she was right as well – you just can’t eyeball kids in the same way, if there is a piano in the way! ‘oh yes , I said’  ha ha ha…oh no what have I done!!!

Up to that point, Steve Carter had taught me to play  ‘Michelle , My Belle…’ at college to get through a module on something about music…and that was about it!

So that summer holiday, I played every day until my fingers nearly fell off. Played  three chord tricks with my eyes closed, for …minutes at a time.

We went caravanning with Mr P.’s family and I made them sing-a -long while I played really ghastly versions of ‘Leaving on a Jet Plane ‘ and  ‘Where have all the Flowers Gone’

and all sorts of other songs with 3 chords. ( thank god they all drink a lot) By the time I got to the start of school in September I had got almost presentable in the key of  A, and D. Just as well as almost everything I used to sing was in the key of D…don’t ask me why!

So why I am singing something with an Eb in it…well there is the question. I am really trying to get better, have spent so many years being a singer who does not play an instrument…and any singers out there( especially female) will know …it is tough…almost as tough as being a drummer ha ha ha …but they still don’t have a ‘singer machine’.

SONG OF THE DAY well two actually…Sylvia and Hocus Pocus – by Focus a band from Holland…if you do nothing go to 3 minutes 39′ and hear the keyboard player Thijst, yodelling! AMAZING!

Focus comprised keyboardist and flautist  Thijst van Leer, guitarist Jan Akkerman, bassist  Martin Dresden and drummer Han Cleuver …also amazing to think in this video they are only in their mid-twenties as they look very mature!(old). Young men …beware of long hair and beards..they are very ageing.

One Response to “Practising Eb on the Guitar”