Song of the Day – Golden Brown 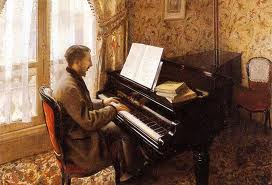 One of the students at the Guildhall was playing this one  on the piano, and I was reminded how lucky kids are now that they have such a wealth of pop music at their fingertips. Mickey played in a band with the keyboard player of the Stranglers who I played board games with a few times, many years ago.

There has been much controversy surrounding the lyrics of this song. In his 2001 book The Stranglers Song By Song, High..sorry Hugh Cornwell clearly states “‘Golden Brown’ works on two levels. It’s about heroin and also about a girl”. Essentially the lyrics describe how “both provided me with pleasurable times”. As I have had  too many friends die much too young from heroin overdoses I feel any romantising of heroin seems a little immature. Perfect Day by Lou Reed is supposed to be about taking heroin too so we should probably  listen but never encourage -unless you like dicing with death.