I looked up if there was any festivals or feasts days happening today, and blow me down it is Michaelmas Day today, one of the four ‘quarter days’ in the year in some calenders   – Lady Day (25th March), Midsummer (24th June), Michaelmas (29th Spetember) and Christmas (25th December). So Michaelmas Day tugs it’s forlock at the arrival of another natural phenomenon….

Off to the beach!

Autumn, and says goodbye to summer – though you would not know this today, as the temperature sores to 27 degrees in our back yard and anyone in London with any sense has taken a sick day and gone to the beach. 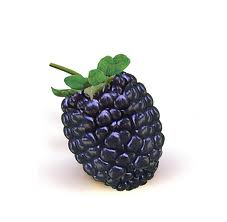 Old Michaelmas Day – which was 11th October sounds like more fun.  There is an old legend that you should not pick blackberries after  O.M.D -probably because they are well past their sell by date and have no flavour by then. But  folklore states that on Old M.D Satan was banned from heaven ( how he got in there in the first place seems a bit of a mystery, but I am sure there are lots of legends about how he got in with ‘a plus one’, on someone’s guest list) He was obviously physically pushed or thrown out, because legend has it that he fell into a blackberry bush on his way to hell and gave the brambles  a right cursing as he landed, which presumably ruined their flavour…I sympathise for the devil at this moment, as I got pretty scratched at the weekend picking the same fruit and they are lethally sharp. In Yorkshire, it is said that the devil then spat on them…yup I get this too, I nearly spat myself…but am much too well behaved. A little cursing sufficed.

So there you go…you can tell that they were obviously short of things to do in those days, no TV to vegetate in front of,  ( I did not really sit in front of a programme about the reforming of the group Steps  last night?…kill me now!) really weak beer,  so there was a lot of story telling going on, some better than others. I have to say this particular legend  is a bit weak in it’s plot. 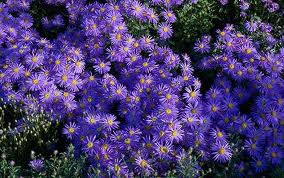 ‘There is a flower called the Michaelmas daisy. The act of giving a Michaelmas Daisy, so they say, symbolises saying goodbye, perhaps in the same way as Michaelmas Day is seen to say farewell to the productive year and welcome in the new cycle.’

SONG OF THE DAY – Rolling Stones -Sympathy for the Devil

I don’t understand the lyrics of the song,  about 15 years ago, I  bought a hot bacon roll for my lunch in Crouch End, stuck it in my coat pocket as I went into Tandy for some cabling ( haha , see yesterday’s post) and there was a man with a dog in the shop, the dog kept nuzzling up to my coat pocket. The man turned to me and said  ‘you must have a dog, my dog seems to really like you’…I replied ‘ sorry mate I think the only thing your dog likes is the smell of the bacon sandwich in my coat pocket… oh how we laughed -the man and dog left…The man behind the counter was most excited…’Do you know who that was? It was Mick Jagger’s brother!’ so there you are, another claim to fame. Mick Jagger’s brother’s dog, nuzzled my coat. My favourite piece of this song is the vocal hoo hoo bits. Make the most of the sunshine if you have it  down  your way, and you are not stuck in a windowless room x x